HOUSES AND PALACES OF THE OLD QUARTER 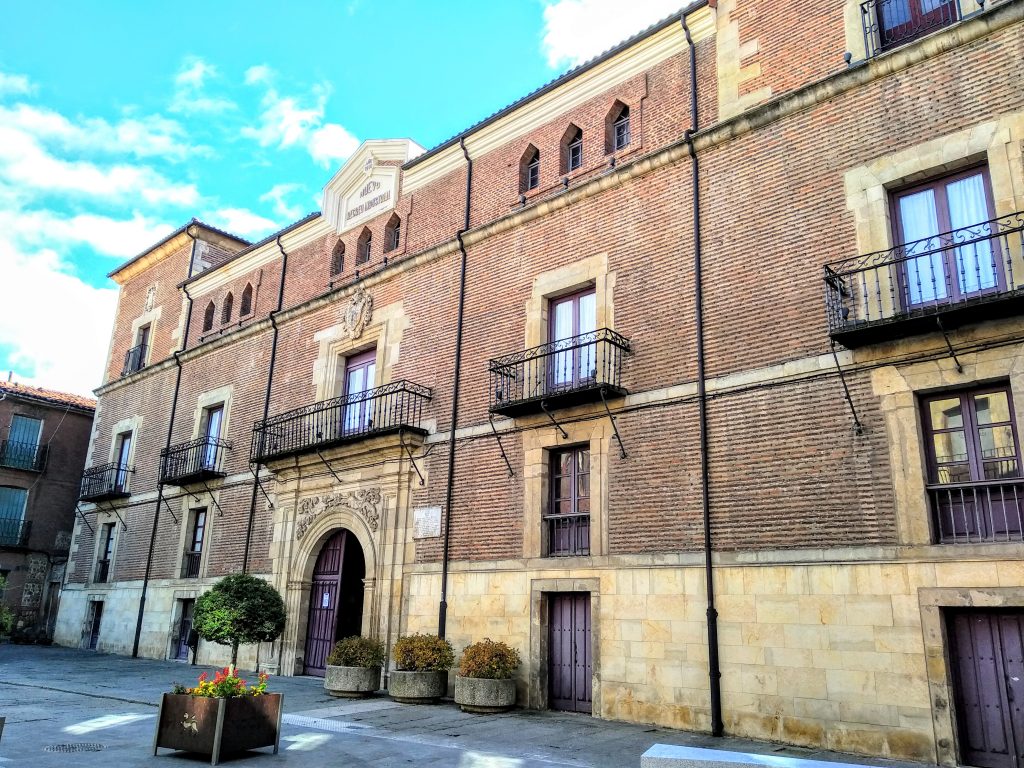 The Old Quarter of the city is full of traces of its noble past. Examples include the Casa de los Lorenzana in the Calle Serranos, with an artistic entrance with a large coat of arms. The first owner of the house was Álvaro de Neyra y Quiñones, lord of Coladilla, and at the end of the last century it was acquired as a residence by José María Lázaro, whose family are now the current owners.

The building, commonly known as the Palace of Don Gutierre, was home to the Castro family, descendants of Alfonso VII. Linked to the dynasties that governed the destiny of medieval Spain, its walls bore witness to hundreds of palace intrigues. It is now a cultural centre of the City Government of Leon.

The Palace of Jabalquinto is one of the best examples of Leonese aristocratic architecture, for its sobriety and beauty. Its coat of arms, one of the gems of the building, is of the lineages of the Díaz, Castro and Cabañas families. It is now a restaurant and workshops for artisans and artists.

The Baroque facade of the Hospital de Regla is a vestige of the old Palace of Renedo de Valdetuéjar. It gives an idea of what the palace of the powerful family of the Lords of Prado, marquises of Valdetuéjar, would have been like. The main entrance has four Tuscan pilasters with a triangular panel above, flanked by four Ionic columns, and above that a shield with a lion rampant, the arms of the Prado family.

On the corner between the Calle Ancha and the Calle del Cid is the Palace of Los Marqueses de Villasinda, owned by the Alcedo family, who were a secondary branch of the Quiñones. The palace rivals the nearby Palace of Los Guzmanes with its white stonework and escutcheons.

The Palacio de Torreblanca was commissioned in 1676 by Santiago Alejo Olmos Pimentel, who was then an alderman of the city, and Marqués de Torreblanca in 1672. Sacked by French troops, it was restored in the 20th century for several functions, and has been the office of a leisure company since 1921. The palace has a stone entrance with a rounded arch, brick facade and Renaissance decorations.

The Palacio de Villafañe in the Plaza de San Marcelo belonged to the Knight Commander Hernando de Villafañe, alderman of Leon, knight of the Order of Santiago and lord of Ribaseca de la Valdoncina. The entrance is classical, and includes the splendid coat of arms of the Villafañes.

In the Plaza de Regla, opposite the Cathedral, is the Episcopal Palace, a 17th century building that has been rebuilt on several occasions. After undergoing rehabilitation work, it now contains a beautiful patio, paved with Leon stone and surrounded by a gallery of columns. The building connected to the Cathedral through the wall at the Bishop’s Gate. This access was demolished in 1910. 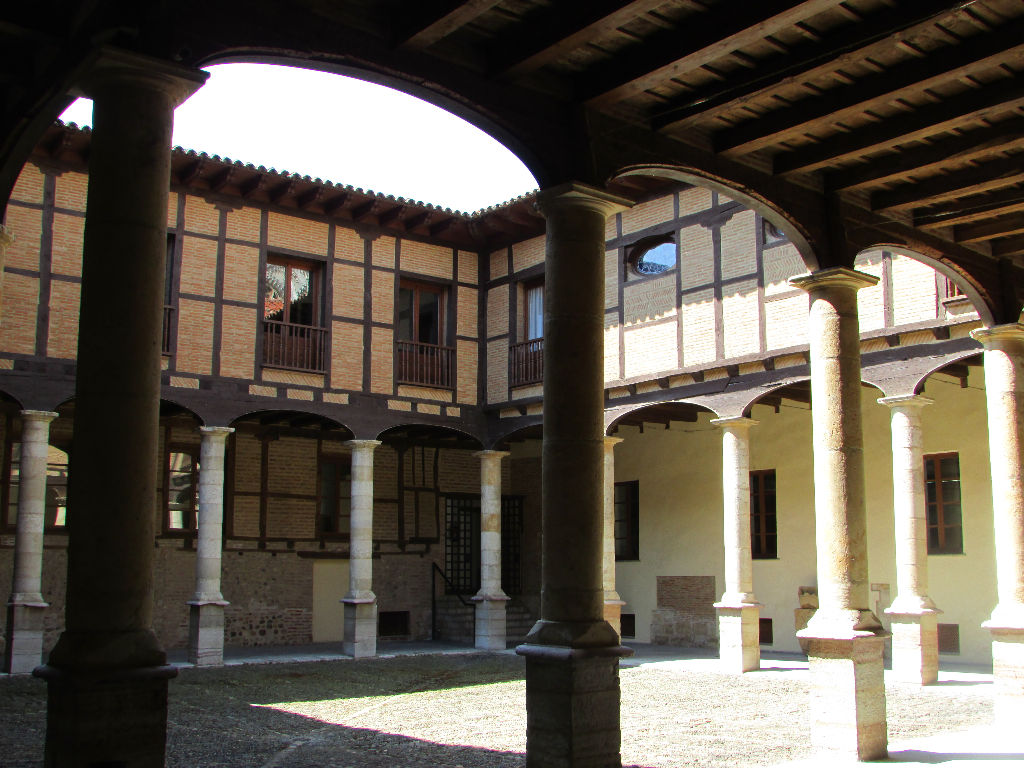 The remains of what was the old palace of King Alfonso VII can now be seen in the patio of the school of the Teresianas. The palace tower is popularly known as the tower of Doña Berenguela, who was the wife of the Leonese king Alfonso IX. The tower is built in the Romanesque style with an arrangement of rounded stones, mortar and ashlar. The interior contains a stone spiral staircase. There are early Gothic arches and 12th century Romanesque windows with Gothic doors that open out onto the gallery.

The large Palacio del Vizconde de Quintanilla is right in the Plaza de San Isidoro. It has a large portal and interesting railed balconies on the upper floor.

In the Calle Fernández Cadórniga, in the heart of the Barrio Húmedo, you can see the Casa Torreada, a 17th century Renaissance building. A stately town house of the Corregidor Perpetuo de Leon, it has some beautiful balconies surrounded by interesting ironwork.

The Provincial Court can be found in the Calle del Cid, on the land occupied in the 11th century by a palace of the Guzman family, and where tradition says that Guzmán el Bueno was born (there is a plaque there stating as such) in the same location as the Palace of Los Ceas, now demolished. This beautiful 16th century building has a facade with the Puerta de la Reina (Queen’s Gate), a fine and elegant piece, which was the entrance of the Real Fábrica de Hilados y Lienzos (Royal Yarn and Canvas Factory) that operated in Leon in the 18th century. Two large medallions can be seen that show King Fernando VI and his wife Bárbara de Braganza, a large royal coat of arms and two statues representing Trade and the Fine Arts.

There is a Neo-Classical fountain in the nearby Plaza de San Isidoro. Built in 1787, the fountain was designed by Isidro Cruela. The column, with two large masks for the water, has a lion holding onto a column, from which hangs a column that says “LEG VII GEM F”, in a clear reference to the foundation of the city of Leon, and to the column placed at the other end of the plaza in 1968. The lion is the work of Andrés Seoane and replaces the previous one carved by Mariano Salvatierra.

Near the Plaza de Torres de Omaña is the Casa del Cardenal Lorenzana (House of Cardinal Lorenzana), the most unique 18th century building in. The building has three floors, consists of ashlar facing and the balconies with excellent ironwork are curvilinear in shape. The main door has the coat of arms of the proprietors, Rodríguez de Lorenzana, with two lions. The most distinguished member of the family was Francisco Antonio de Lorenzana y Butrón, bishop of Plasencia, archbishop of Mexico, cardinal primate of Spain and a major figure of the Enlightenment.