MUSEUM OF THE ROYAL COLLEGIATE CHURCH OF SAN ISIDORO 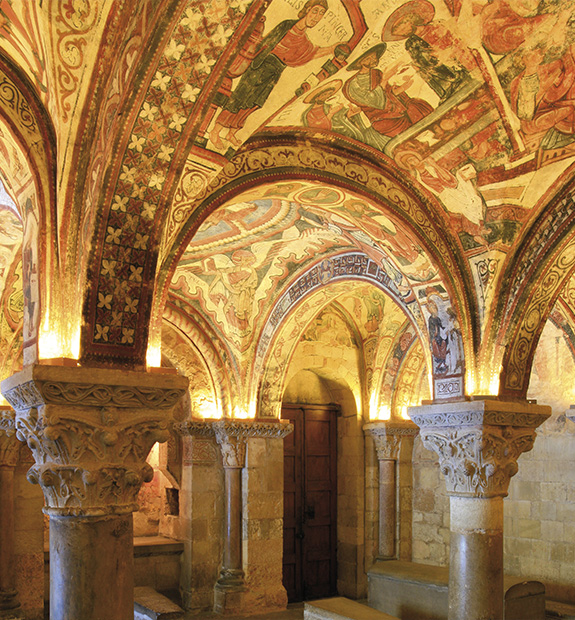 The museum is housed in the Royal Collegiate of San Isidoro, a Romanesque building that played a major role in the development of the style in the peninsula.

The unique space also contains an important collection of medieval exhibits called the Treasure of Leon, including an especially famous piece called the Chalice of Doña Urraca. Besides being an exceptional example of medieval goldwork, it also holds two pieces of Roman agate that recent research identifies with the cup venerated by the first Christians in Jerusalem as the one used by Christ in the Last Supper.

The Treasure also includes a collection of relic chests, the most important of which are the Chest of Ivory (11th c.), the Chest of Limoges (12th c.) and the only Viking piece to be conserved in Spain, the Viking Idol (10th c.).

The museum includes other spaces that formed part of the old Augustinian monastery, such as the Renaissance stairway by Juan de Ribero and the refectory, which have recently been opened to the public”.

Ticket office closes half an hour before.