Inicio VISIT TO THE CONCEPCIONISTS

On 8 December, during the festival of the Immaculate Conception, representatives of the City Government head off to the Monasterio de la Concepción in the Calle la Rúa, founded by Leonor de Quiñones, daughter of the first Conde de Luna and guest of honour at the religious ceremony. 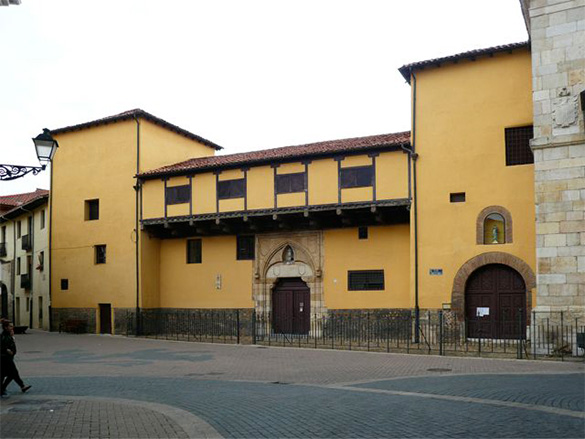 The convent, immersed in the life of the city for five centuries, forms part of this ceremony because of its dedication to the Holy Conception and the Marian bias of the town hall.

In 1656, the City Government went to the convent on an official basis for the first time, thus institutionalising the day of the visit on the day of the Immaculate Conception. From 1668 onwards, after receiving an invitation from the Cathedral Chapter, the City Government went to the Cathedral on 8 December, postponing the visit to the convent to the following Sunday, during which a candle was usually offered, although this could be replaced by a monetary offering. The alms have varied over the years. The event has been celebrated on 8 December since 1952.

Date of the event