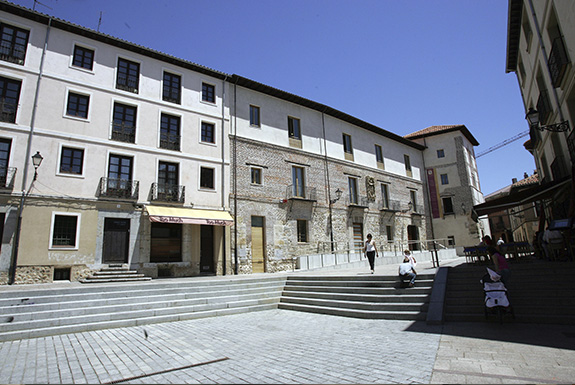 Located in the heart of the Barrio Húmedo, and previously called the Plaza de los Boteros, it owes its current name to the Palacio de Don Gutierre (now demolished) that was built on the site now occupied by the Cárdenas Building. The plaza may have been for a small local medieval market known as the “mercadiellu” or “mislléu”, although then it was not a plaza as such, but rather an open space until the 17th century. Recent refurbishment uncovered some of the stone work.