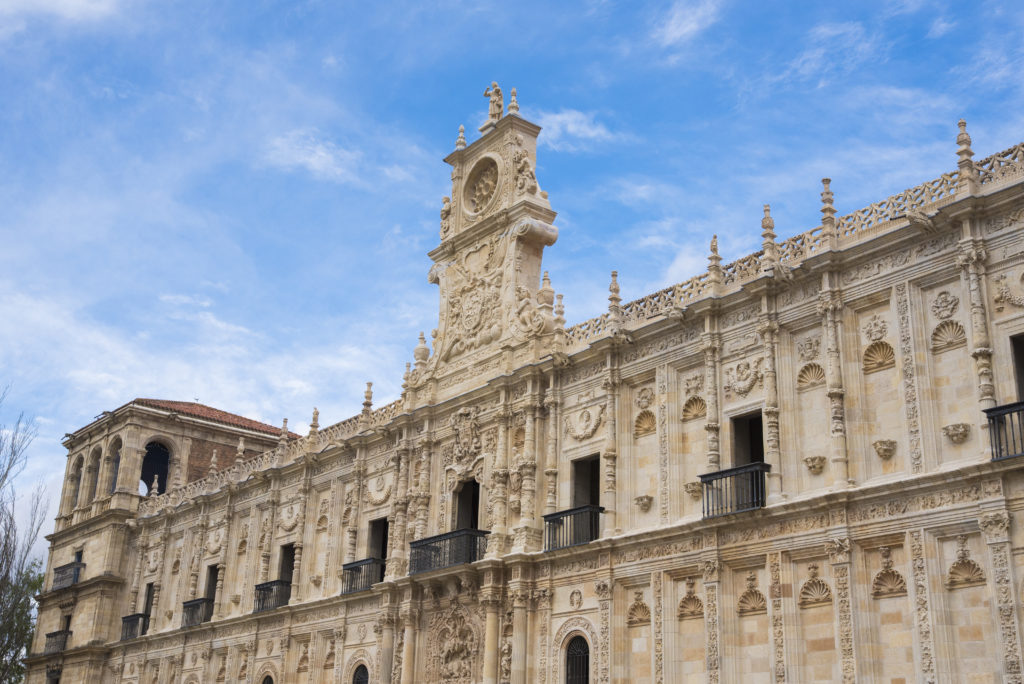 King Ferdinand the Catholic made a donation for the construction of this church. The architects were Juan de Orozco (church), Martín de Villarreal (facade) and Juan de Badajoz (cloister and sacristy).

The facade is one of the most outstanding of the Spanish Renaissance (plateresque style). It consists of one single piece with walls divided into two areas, decorated with openwork crests and pillars. The plinth contains medallions with Greek and Latin figures and others from Spanish history. The area above the plinth is decorated with angels’ heads.

It has the longest Plateresque (Spanish Renaissance) façade in Spain. It is a single stretch of wall on two levels, topped out with pierced cresting and candelabra. The lower storey is decorated with medallions of Graeco-Lating and Spanish historical personages, and the upper one is adorned with heads of angels. 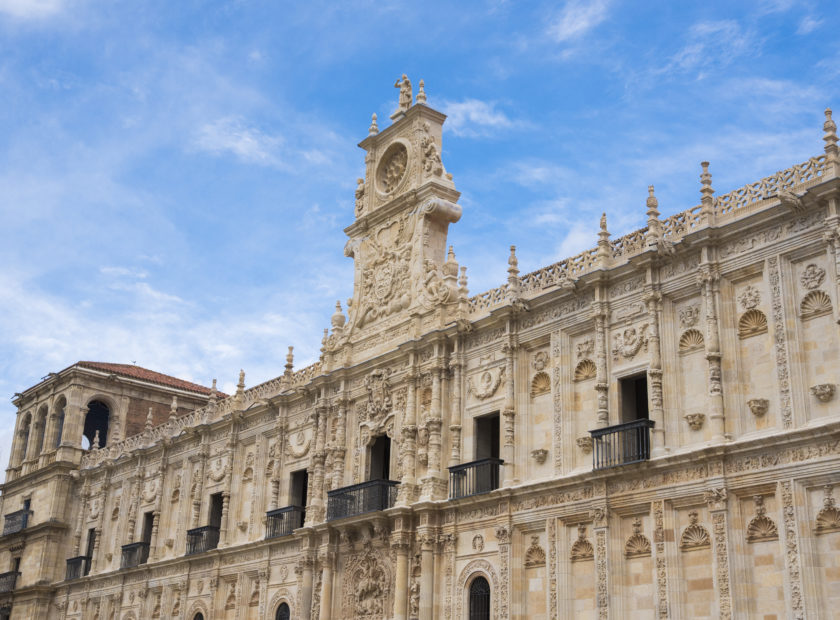 Two main elements with a crest. The first part consists of a large Roman arch with rosette and decorated intrados. The keystone stands proud of the surface and shows San Marcos. Medallions with biblical inscriptions; high relief of Santiago triumphant at the battle of Clavijo. Baroque style span, with coats of arms of Santiago and the Kingdom of Leon. The crest shows the Royal Coard of Arms and a statue of Fame, by the Valladolid family. Oculus in the shape of a rosette. 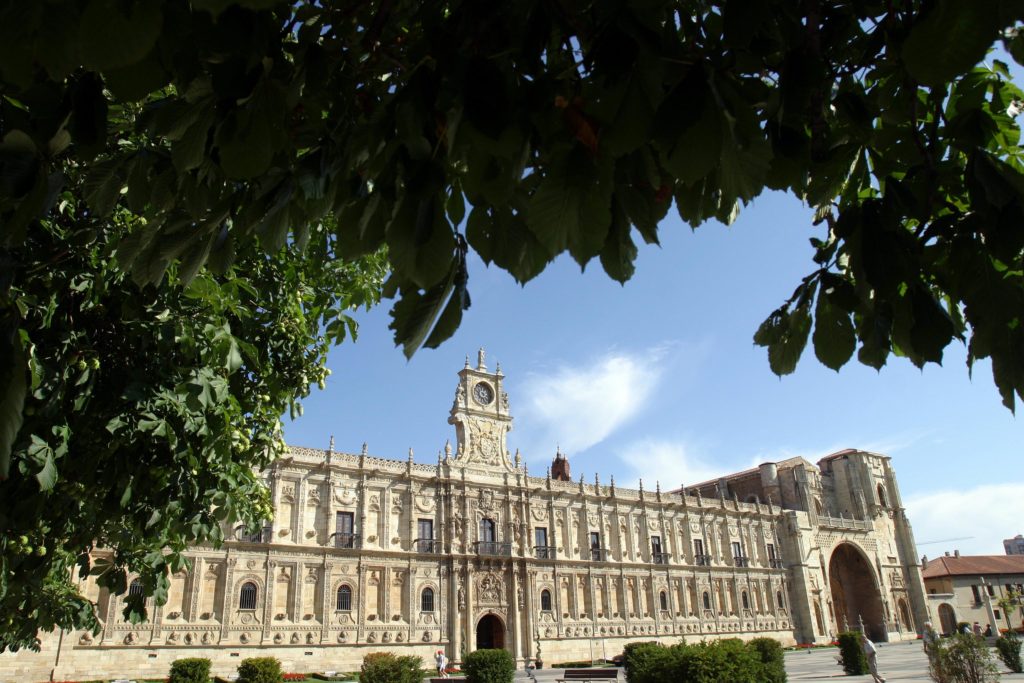 Two 16th. c. sections, by Juan de Badajoz el Mozo, there is a bas relief in this section by Juan de Juni, showing the Nativity. Two sections are from the 17th and 18th centuries. The portal is flanked by two unfinished towers and a large groined vault. Two images in relief can be seen: Calvary with the Cross and Descent from the Cross, by Juan de Juni. The interior consists a large, spacious nave, with a transept separated by grillwork. The high altarpiece is notable for two works: the Apostolate and the Annunciation (18th c.).

The lower part is by Guillermo Doncel (16th. c.), while the rest was designed by Juan de Juni.