Inicio What to see Churches of León CONCEPTIONISTS 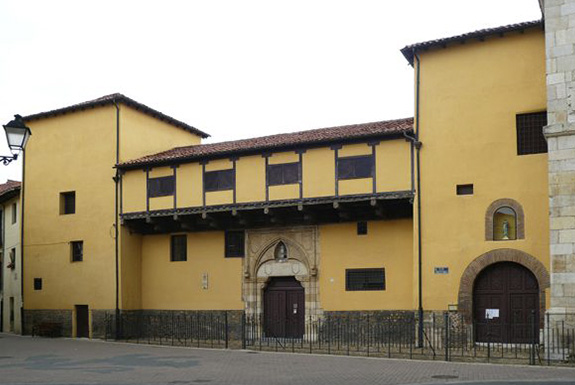 Founded in 1512 by Leonor and Fray Francisco de Quiñones, Cardinal of Santa Cruz, offspring of the first Condes de Luna, for whom they granted a palace owned by them next to the medieval wall. Outstanding features include the 14th c. entrance and the passageway, with a ceiling profusely decorated with Mudejar paintings that extend into the interior of the building. At the end of the 16th century, Juan del Ribero Rada was commissioned to restore the main chapel. On the south side there is a beautiful portal belonging to the palace of the Acuña family, which went on to form part of the convent in the 16th century. The arch, a good example of 15th century civil architecture, framed by an arch panel, has large voussoirs in the intrados y coats of arms on the spandrels.