The Exhibition Centre consists of two buildings: the new Exhibitions and Conventions Centre of Leon and the Palacín. It was built on land previously occupied by the old Santa Elvira de Leon Sugar Mill, and so the structure is a living representation of evolution and change from traditional industry to a modern, technological and service-oriented sector.

The Exhibitions and Conventions Centre of Leon occupies almost 10,000 square metres and has parking for 400 vehicles. It has an exhibition area of almost 20,000 square metres of usable space divided into two floors. It is a multi-disciplinary space that can be adapted to large conferences or smaller events, and is also a sustainable building that uses less non-renewable energy thanks to its photovoltaic roof.

The Palacín has 1,400 square metres of usable space and is divided up into a large open hall, with offices in the central area, and another space of 300 square metres with a cafeteria, bathrooms, changing rooms and storage areas. 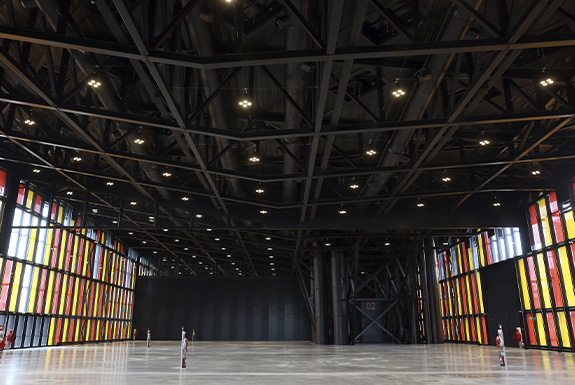