Inicio What to see DISTRICTS OF LEON MODERN LEON 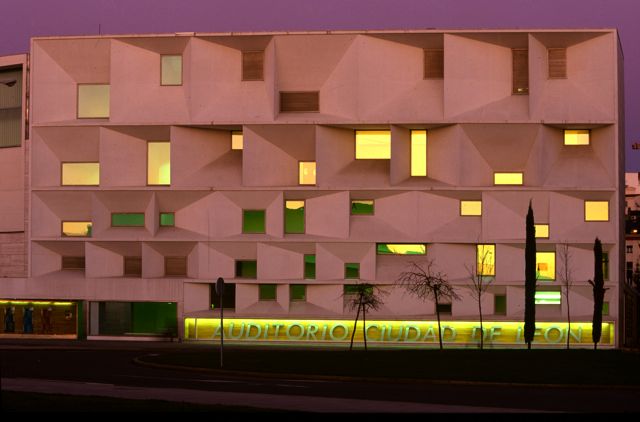 A crossroads of civilisations, artistic styles and history, the city has spent decades in smartly combining the most elegant aspects of its urban traditions with the latest architecture, creating a web of public spaces that combine utility and beauty.

The ancient streets of the old quarters, full of precious fragments of local life, have made way in places to other routes and monuments that allow the city to show itself off. León constantly reinvents its setting, while also manufacturing new landscapes as symbols of the city’s prosperity to offer you an attractive city where modernity is not left behind.

Leon has many faces, and a walk through the city seamlessly takes you from the past to the visual feast of the Auditorium, opened in 2002. The cubist exterior, structured around windows, leads into a warm and comfortable interior, ideal for enjoying the concerts held there. If you follow the trail of architecture designed as spectacle, the Office of the Regional Government of Castilla y Leon are synthesis of the modern and functional. A symbol of mourning and respect, the Mortuary is another symbol of the total commitment to new architectural trends that are an integral part of the spirit of a modern, more pragmatic Leon, as shown in the large sheet of water that covers the building.

There are two more landmarks to complete your walk through the modern architecture of a city that has known how to grow without renouncing its origins: the Musac was designed by Emilio Tuñón and Luis Mansilla and has received the most prestigious European awards, and rightly so. The building is one of the best centres of modern art in the country, and is firmly committed to bringing visitors closer to most radical movements in modern art. The final addition to this list of buildings that are now a part of the local skyline; the Exhibitions Centre, designed by the French architect, Dominique Perrault, and situated on the old Sugar Mill of Santa Elvira, on a plot of approximately 75,800 m², a jewel in the crown for a 21st century city that aims to take on the future with style.