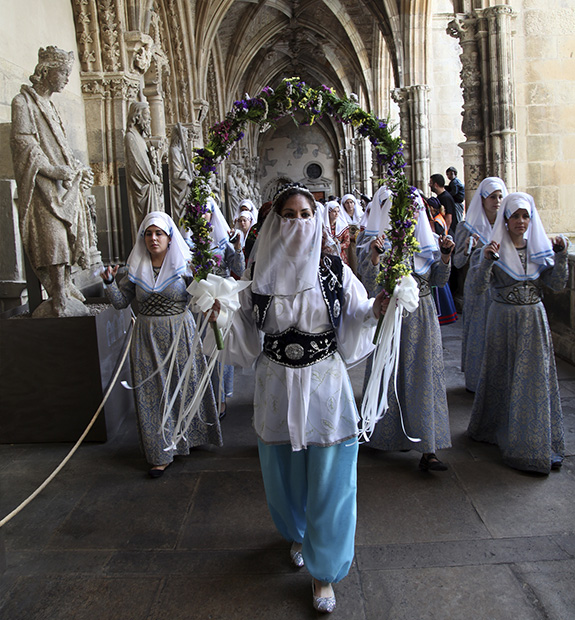 According to popular tradition, this festival commemorates the Christian victory at the Battle of Clavijo and the release from the legendary tribute of “one hundred damsels” that the Asturian-Leonese kings were obliged to pay every year to the Moorish caliphs.

There are references to the festival in 16th century documents, which place the date of the event on 14th August (which coincides with the Assumption of the Virgin Mary on 15 August).

Nowadays the festival is held on the Sunday before 5 October, when the Fiesta de San Froilán commences. The ceremony is a simulation of the original: young women dressed in medieval costume dance to the rhythm marked by the “sotadera“, a Moorish woman who instructs them in Moslem customs. The group goes from the Town Hall Square to the Cathedral, where they make an offering to the Virgin, surrounded by mace bearers. The nature of the event as an offering has retaken significance in recent years.

From the Town Hall Square to the Cathedral.