HISTORY OF A KINGDOM

Inicio HISTORY OF A KINGDOM 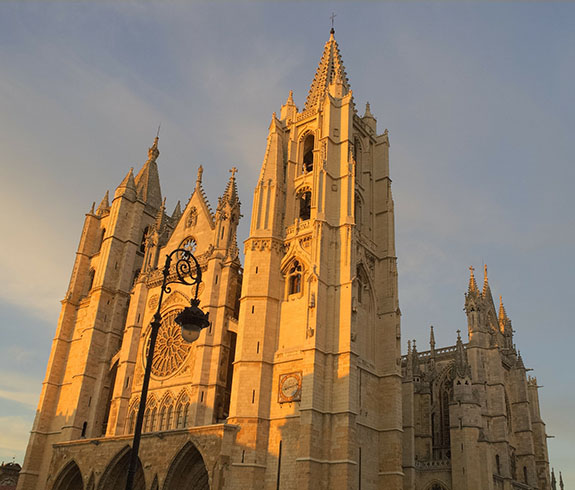 The capital city of the Old Kingdom of Leon is full of surprises for any visitor: the history and beauty of its buildings – the Cathedral, San Marcos, San Isidoro, are just some examples – that meld together with a modern city full of tree-lined plazas, parks, fountains and broad avenues. This harmonious mix of ancient stones impregnated with history in the midst of a modern city designed with respect for the environment and a firm commitment to quality of life, makes the city of Leon a first class destination for lovers of cultural tourism.

The tradition of giving a warm welcome to travellers, which has existed since Leon became a stopping point on the Way of Saint James, shows no signs of being lost. A thousand years ago, the Leonese knew how to “give shelter to the pilgrim”, and today Leon continues to be a hospitable city, with comfortable, up to date hotels, excellent restaurants and a thriving cultural life. As soon as you park your car or get off the train, you’ll feel the local hospitality, the local know-how in making visitors feel welcome. 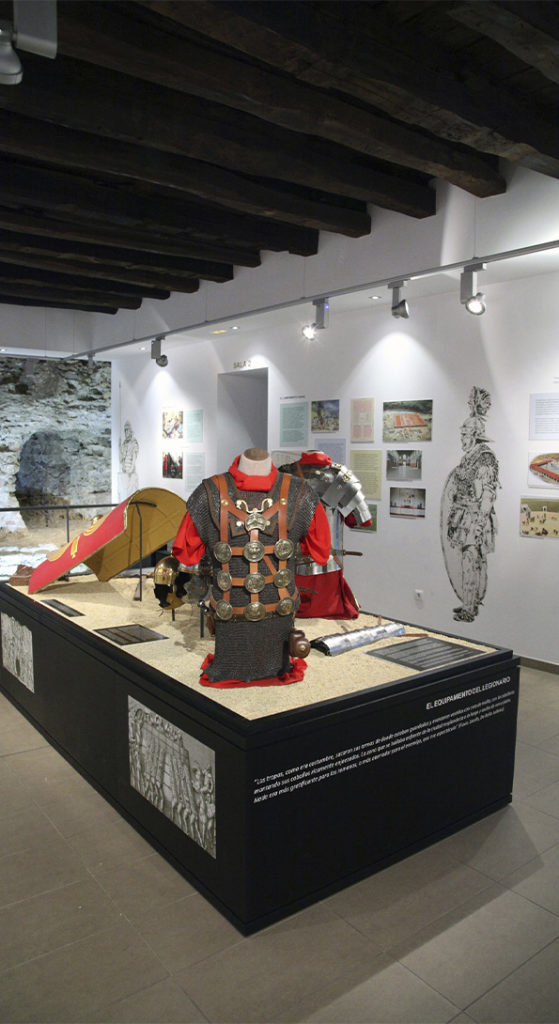 Leon’s origins go back to the times when the Romans dominated Hispania; and parts of the Roman walls and other monuments of the period can still be seen. The city took on a new prominence in Spain’s history in the first centuries of the Reconquest. The city was a bastion for the fledgling kingdom of Asturias in the war with the Moorish invaders, and soon became the capital of its own kingdom, The Kingdom of Leon. A constant succession of wars and courtly intrigues formed the background to a turbulent period in which the Leonese monarchy extended its domains southwards, establishing the foundations for the construction of Spain.

A story written in blood and fire that took place alongside the development of the arts and sciences in the city, shown in the wealth of monuments and buildings of the period: shining examples of Romanesque art and architecture, such as the Basilica of San Isidoro, Gothic masterpieces such as the Cathedral de Santa María and wonderful examples of the Renaissance such as the Convento de San Marcos define the city and combine with aristocratic town houses, churches and convents in beautiful urban settings such as the Plaza Mayor. Modern Leon (150,000 inhabitants) is spread out over large spacious avenues that make it a very relaxed and human city that reflects the easy-going character of the locals. Leon is also remarkable for having more than a million square metres of green spaces in the form of large parks and small gardens, ideal for relaxing and a leisurely walk.

In the old quarter of the city, the plazas and narrow streets of the Barrio Húmedo are teeming with bars and restaurants. The district is a place where visitors can mix with the locals and sample the delicious local cuisine. The city is full of life throughout the year. There are events and festivals for all tastes: traditional, religious, sports and culture: from Holy Week to the Fiestas de San Froilán, International Trout Week and culinary competition, or the International Organ Festival, to name just a few of the most traditional events.

Browse through the portal to see more about the history of the city of Leon and its rich architectural heritage. You’ll discover a lot of reasons to come and see the city for yourself. When you do, you won’t be disappointed. A warm welcome awaits you.