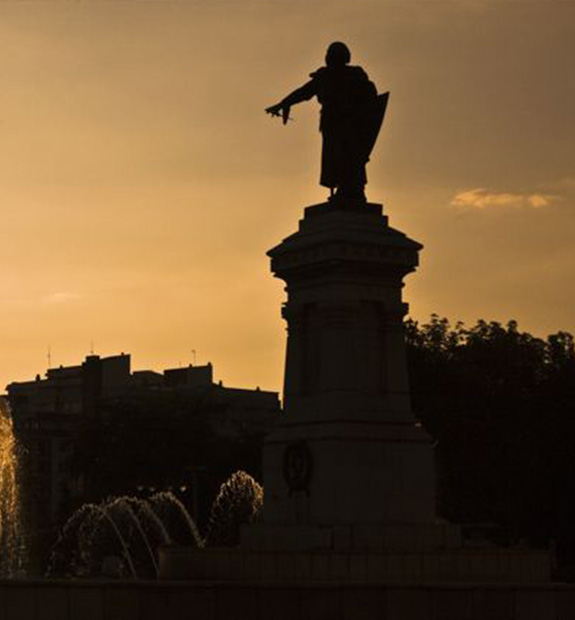 Alonso Pérez de Guzmán was born in Leon in 1256. King Sancho IV had entrusted him with the defence of the fort of Tarifa, against the claims of Don Juan, who went on to reign in Leon for three years, and who besieged the fort. Finding that neither threats nor bribes could make him surrender the fort, the pretender took an especially brutal measure.

Don Juan took Guzmán’s son and showed him to his father before the walls of the castle and demanded that he surrender or his son would die. Caught between love for his son and his oath of fealty, he finally threw down a knife, saying: “I did not engender a son to be made use of against my country”, thus showing his willingness to sacrifice his son rather than break his oath.

For this act the king gave him the title of “The Good”, and granted him lands in Sanlúcar. In a year of great famine, he opened the bread stores of his house to feed the poor, which is another reason given for his name of “The Good”.

In 1894, the province of Leon erected a statue of Guzmán at the entrance to the city, near the train station.

The bronze statue shows Guzmán El Bueno holding a shield in his left hand and throwing down a dagger with the other. The sculpture is a good example of the work of Aniceto Marinas.