The Old City of Leon layout coincides with the fortified perimeter of the camp built here during the Roman invasion of Hispania. The rectangular shape and main roads (cardo and decumanus), have left their mark on the city of today. The roads have also defined the gates of the city.

The Plaza de Puerta Castillo can be seen inside the porta decumana of the Roman walls, on the northern side of what was the camp.

On the northern edge of the plaza is the Historical Archive or old prison, with its characteristic oval shape.

To the east of the “oval” was the Puerta del Castillo (Castle Gate) or “Porta Condis”, which replaced the Puerta Decumana, and which was replaced in turn by the current gate built in 1759.

Between the fortified oval and the gate is the Arca de las Aguas of the city, where remains of the Roman aqueduct can be seen. It was completed with a new smaller entrance for pedestrians that passed through the disused water arch.

On the eastern side there is an old casona or Leonese style noble town house, probably built in the 18th century, and now known as the Casona de Puerta Castillo.

A recent addition to the gate is a sculpture expressly designed for this setting by the artist Eduardo Arroyo.

The work currently has the following pieces: Aeolus, resting on the Arca de las Aguas, and Vanitas, located within the arch itself.

The building called the Casona de Puerta Castillo is an example of the style called Leonese Burgher, and there are records of its existence in the 18th century, as an orphanage called Obra Pía de los Niños Expósitos or Arca de la Misericordia, a charitable institution related to the Cathedral Chapter. Back then the building contained accommodation, a factory, press room, workroom, workshop and sick bay, along with a prayer room. At the other end of the block there is the medieval church of Santa Marina.

In 1770 the church changed hands from the Jesuits to the Cathedral Chapter, and the entrance to the church from Calle Santa Marina was rehabilitated. In 1776 the church lands were sold to the orphanage, and were used as a cemetery. In the 19th century the orphanage moved to the new building in the area of San Francisco. The institution came to an end in 1802 when it was joined to the hospital, and in 1846 it had become a civil institution.

According to data taken from the Property Registry, the building changed hands over several generations within the same family. Francisco Fernández Blanco de Sierra y Pambley appears in the first entries as the inheritor of a property from his parents. The registry states that the property occupies “high and low rooms”. The second floor is mentioned in the registry of 1901, over the castle bailey, and the construction of this part can be dated to the last decade of the 18th century. All the houses nearby were owned by the family, and all of them appear in the property transfers that were registered. A family inheritance led to the property being owned by the Fernández-Llamazares family and the house was occupied by Doña Catalina and her husband, the famous sculptor Víctor de los Ríos Campos. During this final period a part of the building was occupied by the sculptor’s studio, and some spaces were altered to enable him to work there. According to the Property Registry, the attached residence belonged to the same owners as the ones who owned the casona for almost its entire history, and was used for rented accommodation. There was a fire there in the early 70s, which led to the reinforcement and reconstruction of the building’s interior.

It is now owned by the city government and is home to the Roman Leon Interpretation Centre. 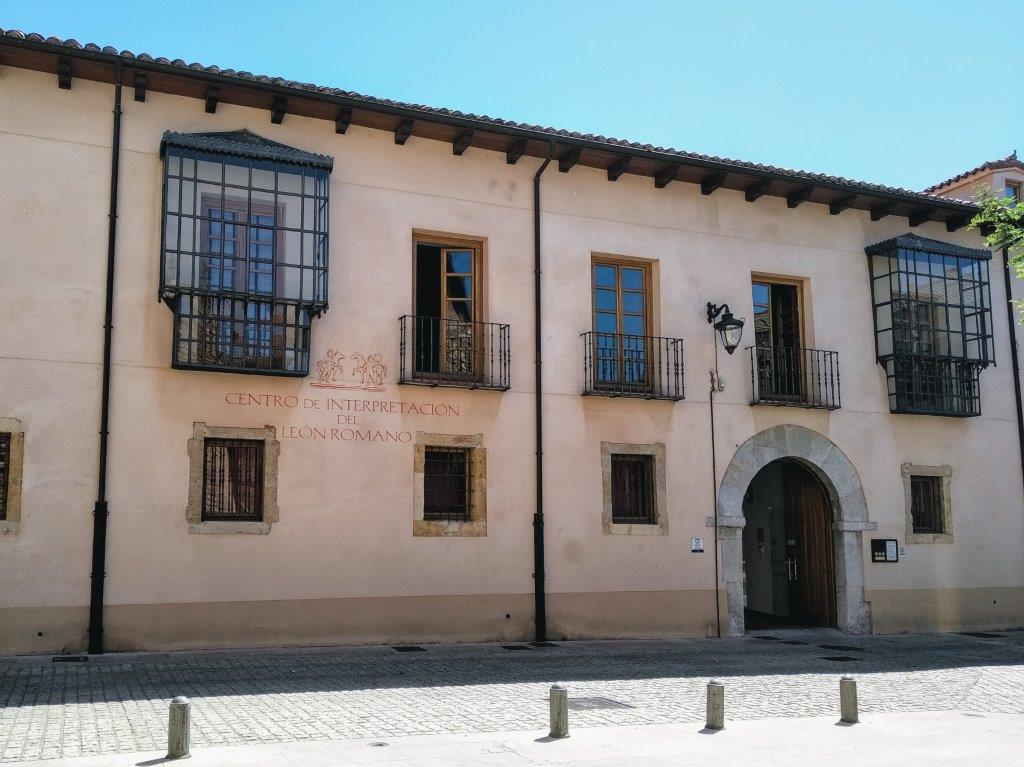