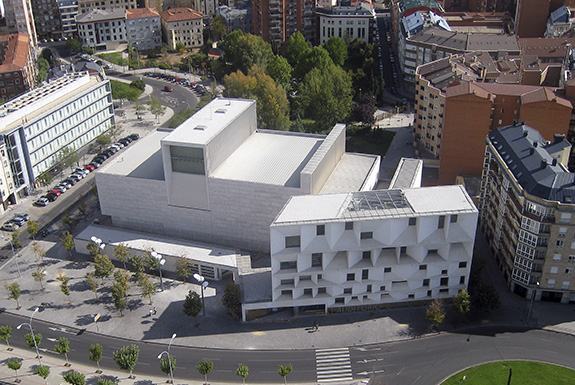 This flamboyant building, created by the architects Emilo Tuñón and Luis Mansilla, who also designed the MUSAC, has found its place in the physical makeup of the city in a visual dialogue with the Plateresque style of the Hostal de San Marcos and the modern building of the Regional Government of Castile and Leon.

The facade of Roman travertine and white concrete and the original shapes of the gabled windows have made it a reference point for the new architectural style of the capital and as such it has become the most representative example of a more modern Leon that is more open to the future. The building and its attractive design have done a great deal to promote the image of the city while also making it a focal point for local cultural life.

The Auditorium City of León